Hurricane Gonzalo clear up in Bermuda 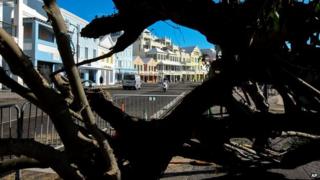 The clear up has begun after Hurricane Gonzalo hit Bermuda, off the coast of North America.

The storm made landfall on Friday, with heavy rain and strong winds of about 175km per hour.

Only minor injuries were reported in what was the strongest storm to hit the island in a decade.

It was the second storm in a week to hit the island. 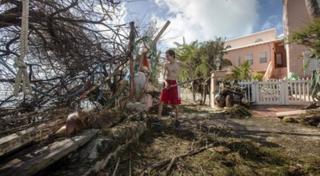 Gonzalo caused power cuts to 31,200 homes, although two-thirds of people had their electricity restored by Saturday afternoon, according to the Bermuda Electric Company. 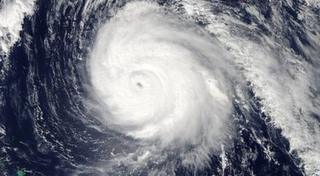 AFP
Bermuda suffers many storms, so they have strict rules on storm safety