Mysterious US spaceplane returns to Earth 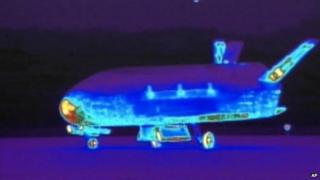 An unmanned US plane on a top-secret, two-year mission to space has returned to Earth and landed in California.

The aircraft, which looks like a miniature space shuttle, is known as the Orbital Test Vehicle or X-37B and spent 674 days in orbit around the planet.

It touched down at Vandenberg Air Force Base on Friday morning.

This has led to different theories about what it was used for. 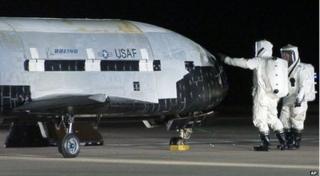 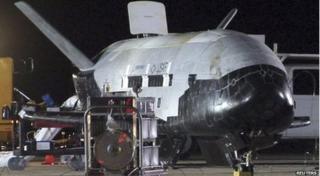 Reuters
The secret spaceplane is built by manufacturer Boeing