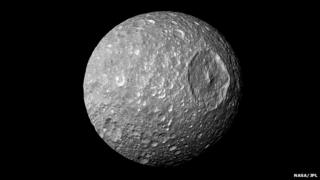 New photos, taken by Nasa, of one of Saturn's moon's suggest it has a wobbly surface.

Researchers think the reason for this is either the moon, called Mimas, has got a huge ocean beneath the surface or a weird rocky core, which is weirdly shaped like a rugby ball.

Mimas is nicknamed the Death Star because it looks like the space station seen in the Star Wars films. 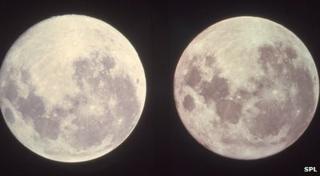 SPL
Our own moon also wobbles or "librates", showing us slightly different faces over time 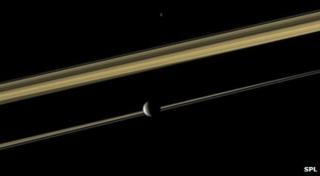 SPL
Mimas, seen here below Saturn's rings, is mostly made of ice

The study appears in Science Magazine.