Wins for Scotland and Northern Ireland in Euro qualifiers 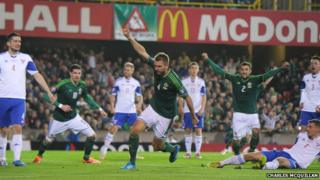 They move to the top of Euro 2016 qualifying Group F.

They also beat Hungary in their opening match last month.

It is the team's best start to any campaign since 1968.

Roy Carroll saved a penalty from the Faroe Islands 10 minutes before half-time.

Elsewhere, Scotland beat Georgia 1-0 in their first home match of the competition. 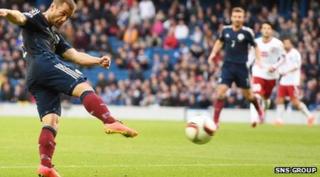 A powerful shot from Shaun Maloney was saved but then struck Akaki Khubutia to spin into the net for an own goal.