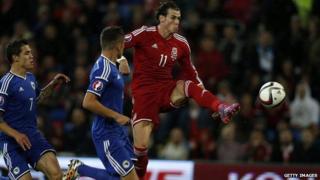 The Welsh team has drawn against Bosnia-Hercegovina in the Euro 2016 qualifiers.

No goals were scored. The Welsh team has not been beaten in the competition so far.

The match burst into life in the second half when both teams had chances to score. 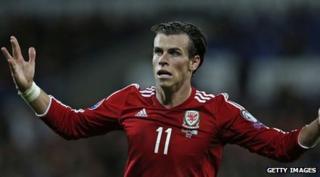 After winning their previous match in Andorra 2-1 and with other results going their way, a draw was enough to take Wales to the top of Group B.

Injuries had caused problems for Wales. Arsenal's Aaron Ramsey and Liverpool's Joe Allen were not able to play.