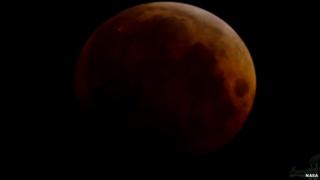 A total lunar eclipse has been visible across much of the Americas and Asia, resulting in a dramatic "Blood Moon".

A lunar eclipse is when the Moon is fully covered by the Earth's shadow. It is the second one this year.

The Moon's surface showed up coppery orange or red because the light from all the Earth's sunsets and sunrises were reflected on to it during the eclipse.

In this timelapse, the Moon can been seen re-appearing as the shadow moves away. 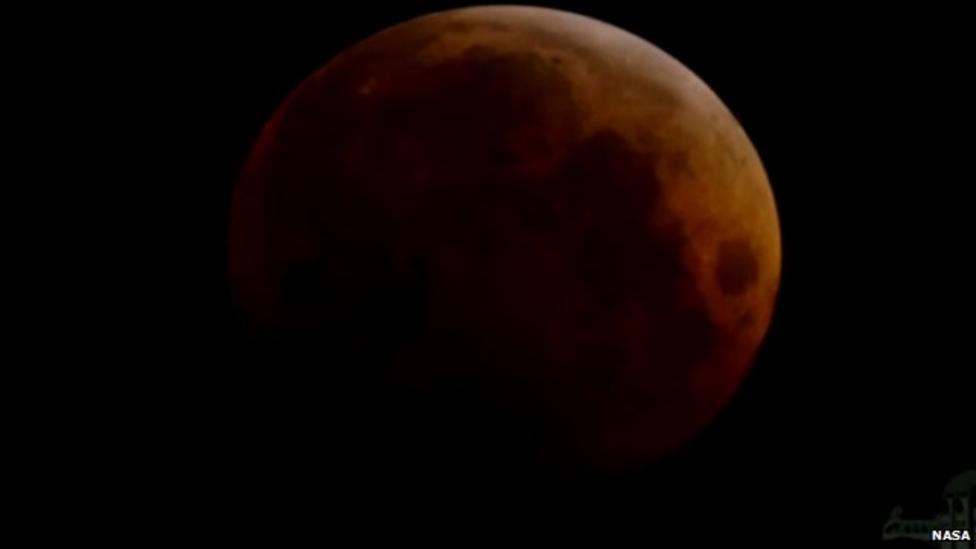