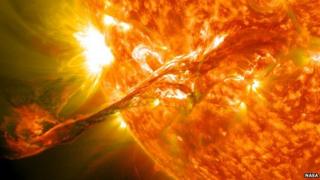 A new forecast centre to predict space weather has opened in Exeter.

The Met Office Space Weather Operations Centre is designed to protect the UK from severe problems caused by space weather.

Solar storms can have a big impact here on Earth by disturbing satellites, power grids and radio signals.

The US has had a prediction service for many years and experts from there will be helping out at the new centre. 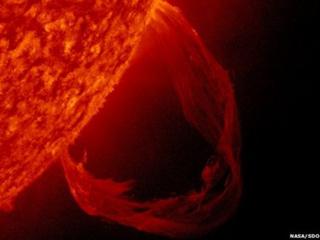 It's been known for a long time that weather in space can cause problems here on Earth but the amount we use modern technology means the impact is potentially much more serious now.

A large solar flare can cause huge currents in electricity networks, leading to power cuts that can last hours, days and even weeks.

It's hoped this new centre will help people be more prepared by being given advance warning of space weather coming up just like when snow, strong winds or hurricanes are predicted on Earth.