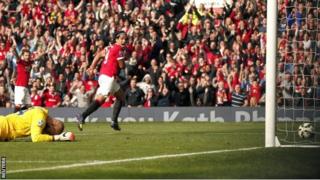 Manchester United returned to the Premier League's top four for the first time in more than a year as Radamel Falcao scored the winner against Everton. 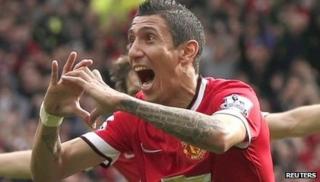 Baines picked out Steven Naismith to nod in an equaliser and Falcao cleared a Phil Jagielka header off the line.

But Falcao stabbed in from Di Maria's shot to grab the decisive goal.