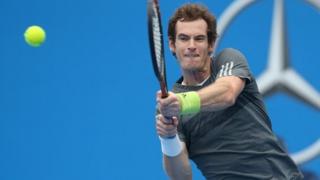 Britain's Andy Murray has missed out on a place in the China Open final after loosing 6-3 6-4 to Novak Djokovic.

Defending champion and world number one Djokovic claimed victory in an hour and 36 minutes in Beijing.

He started the second set breaking Murray's serve and although Murray fought back, Djokovic wrapped up his 23rd win in a row in the tournament.

In the final Djokovic will meet Tomas Berdych or qualifier Martin Klizan, who knocked out Rafael Nadal on Friday.