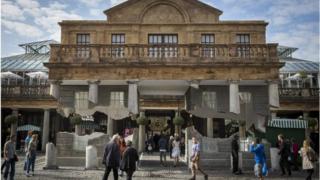 Is this building really floating?

British Artist Alex Chinneck has created an artwork in London that makes the outside of Covent Garden market look like it's floating.

The effect can be seen from any angle and makes the building appear to break away from the columns.

Over 100 people worked on the project which will be there until the end of October.

Alex has called the work 'Take my lightning, but don't steal my thunder'.

He spoke to the BBC about the project and how he achieved the final result. 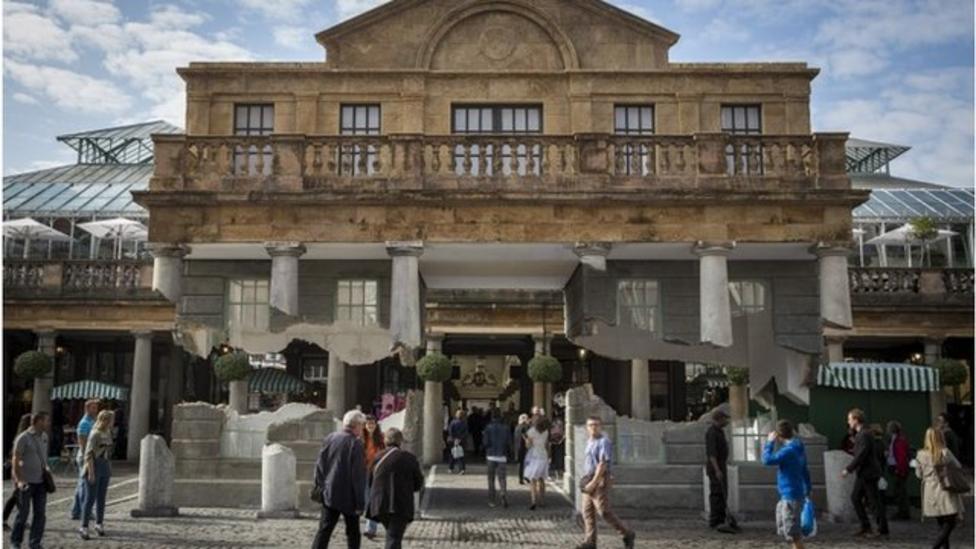 Is this building really floating?