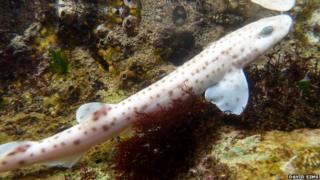 Imagine that ten of your classmates were put in different places to see who would sit with who and how they would behave.

Well that's exactly what has been done in a recent study...of sharks.

According to the study done by UK scientists, sharks clearly show that they have individual personalities.

The catsharks, studied in groups of ten, showed consistent social habits - either forming groups with other sharks or finding camouflage on their own.

The research was done in large tanks at the Marine Biological Association of the UK, in Plymouth, in collaboration with the University of Exeter.

Ten different groups, each of which contained ten small spotted catsharks, were each studied in three different situations. Some were complex environments with lots of rocks and other features, and some were simple tanks with gravel on the bottom.

The study showed that no matter which new environment they were placed into, the more social sharks continued to stay in groups and the more anti-social sharks tended to stay on their own. 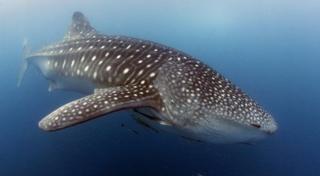 Getty Images
Is this whale shark a fan of groups or the more lonely life?

Prof William Hughes, an animal behaviour expert at the University of Sussex, said he was impressed by the detail in the results.

"They recorded which shark was hanging around with which other sharks, on a number of occasions across two days - so they got a very, very detailed picture of the social relationships."

This is the first study to show that sharks have their own personalities.