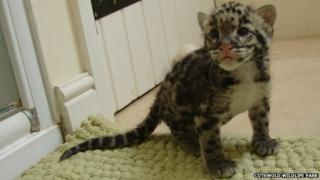 Nimbus, a rare clouded leopard, had a rather unusual start to life after being raised in a zookeeper's bathroom.

She had to be taken in after being abandoned by her mum when she was just a day old at Cotswold Wildlife Park in England .

For six weeks she's been living with zookeeper Jamie and his family.

They say she had become quite a handful by the end of her stay. 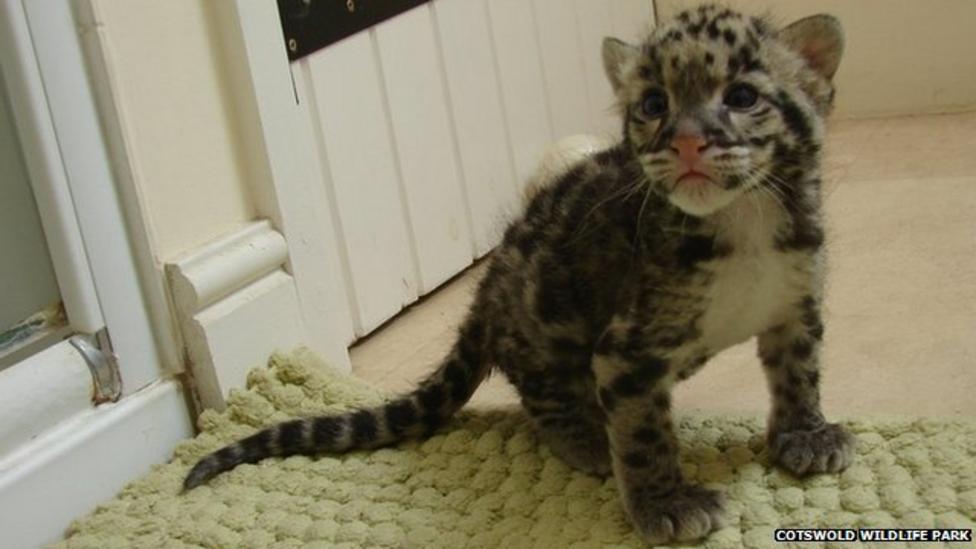