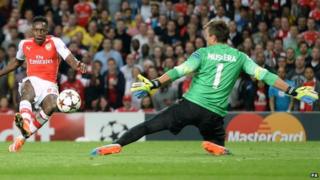 Danny Welbeck scored his first professional hat-trick as 10-man Arsenal swept aside Turkish side Galatasaray in the Champions League.

The England striker, excellent throughout, stabbed in a first-half opener before side-footing a second.

Alexis Sanchez then curled home before Welbeck clipped in his third.

Burak Yilmaz scored a penalty after Arsenal goalkeeper Wojciech Szczesny was sent off for a foul, but it was nothing more than a consolation goal.

The win was Arsenal's first in this year's Champions League and means they have three points from two Group D games. 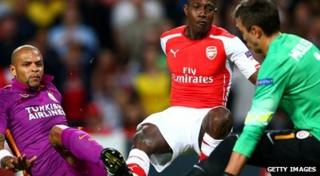 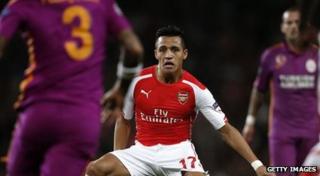 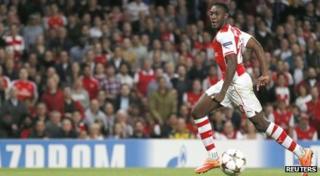 Elsewhere, Liverpool's hopes of making the Champions League knockout stages were dented as they fell to a 1-0 Group B defeat at Basel in Switzerland.

Raheem Sterling and Mario Balotelli had goals ruled out for offside, but Liverpool rarely threatened. 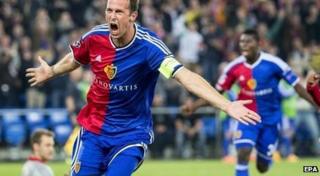 Instead, the visitors' defensive problems were exposed as Martin Skrtel headed towards his own goal and Marco Streller swept home the loose ball.

Steven Gerrard came close to a late leveller when his free-kick was saved. 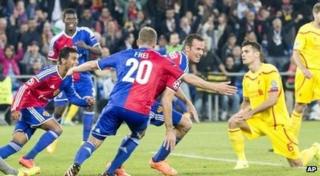 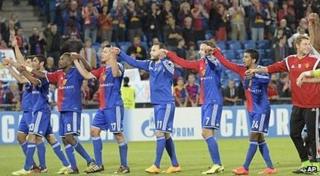 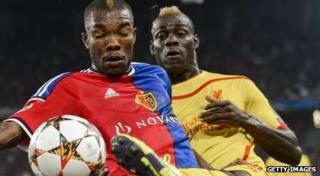