A five-year-old girl from Scotland is thought to be the first child in the UK to have a special prosthetic hand made using 3D printing technology.

Hayley from Inverness was born without fully-formed fingers on her left hand.

Her parents got help from US-based group 'E-nable', a network of volunteers who design and make prosthetics for children.

Hayley's pink hand was designed from a plaster cast made by her parents. 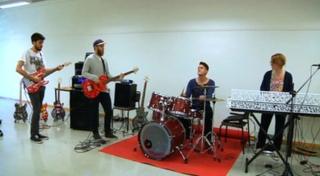 Printing in 3D has been described as the "future of manufacturing".

It's being used to make everything from film props to edible food.

The technology is also being used to make aerial drones and parts for motor racing cars.