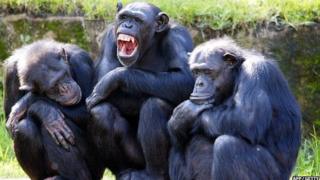 Chimps have delighted scientists by making new tools in the wild in Africa.

Researchers from the University of St Andrews in Scotland noticed a group in Uganda fashioning a new type of sponge from soft moss to drink from.

They used to use leaves. 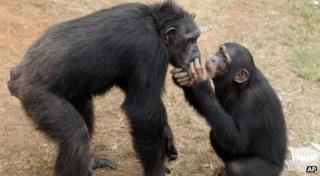 AP
Chimp Haven in LA in the USA for rescued chimps

The other chimps watched and copied and use the same behaviour. 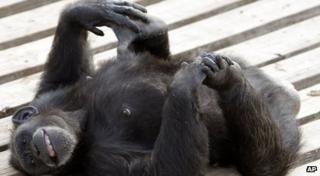 The lead researcher, Doctor Catherine Hobaiter, says she's never seen anything quite like it before.