Thousands of people are still protesting on the streets in Hong Kong.

More and more have now joined the tens of thousands who are demonstrating because they want people in Hong Kong to decide who is in charge there.

Hong Kong is a province which used to be run by Britain but is now under Chinese control.

The protests started after Chinese leaders said they wanted to pick the choice of people put up to be Hong Kong's next leader.

This is something lots of teenagers in Hong Kong feel very strongly about. Many have stayed out all night to join the protests.

Protesters have gathered at the main protest sites in the Central business district, Causeway Bay and Mong Kok. 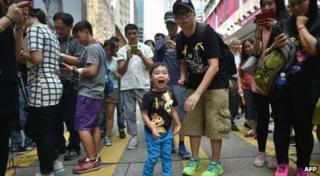 AFP
With schools and offices closed on the public holiday, families were seen in the streets on Wednesday 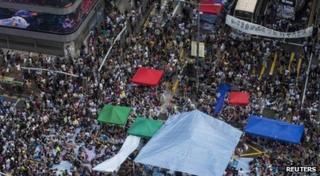 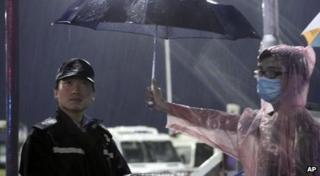 AP
Protecting police from the rain... Hong Kong demonstrators have been dubbed the "politest protesters" by social media users