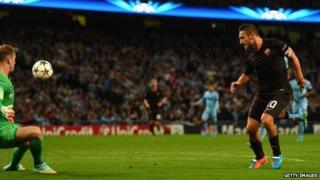 Manchester City were left facing another uphill battle to advance in the Champions League after an unconvincing 1-1 draw at home to Roma.

Sergio Aguero's fourth-minute penalty was cancelled out by a superbly-taken equaliser from Francesco Totti in a clash at the Etihad Stadium dominated by the Italian side.

The result left City third with just one point from their opening two games in Group E and already five behind leaders Bayern Munich.

They next face CSKA Moscow in crucial back-to-back games starting with a trip to the Russian capital in three weeks. 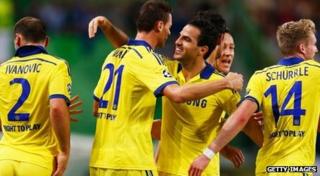 Sporting improved after the break but Chelsea held on for an important win. 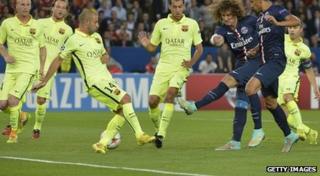 In the night's other big game, Barcelona suffered their first defeat of the season as Paris St-Germain moved top of Group F with a thrilling Champions League victory.

The visitors, who had not conceded all season before arriving at Parc des Princes, fell behind when former Chelsea defender David Luiz scored. 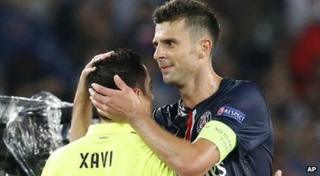 Although Neymar reduced the deficit, Barcelona could not find an equaliser. 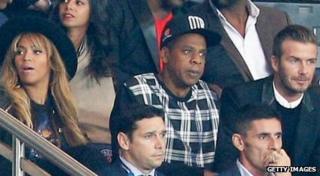 Victory for the PSG continued their unbeaten start to the season and means they are now top of their group with four points, one more than Barcelona.

In the group's other game, Apoel Nicosia shared a 1-1 draw with Dutch champions Ajax in Cyprus. 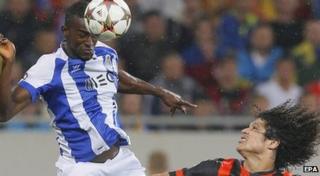 Belarusian side BATE move up to second in the standings after edging Athletic Bilbao 2-1. 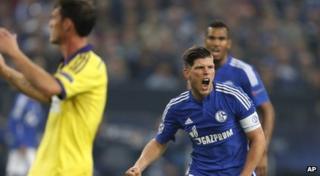 AP
Klaas-Jan Huntelaar rescued a draw for Schalke against Maribor