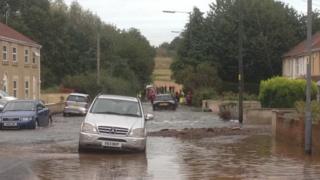 The water main burst around 5pm on Thursday

Water has been restored to homes in Bristol, in south-west England, following a burst main that caused huge disruption.

More than 24,000 homes were left without water after the pipe cracked on Thursday.

10,000 homes were still without water on Saturday morning, but Bristol Water said all supplies had now been restored.

People affected had to queue to collect clean water from big tankers. 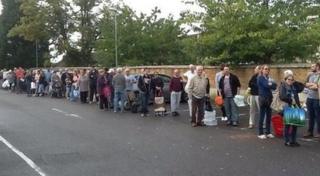 other
Long queues formed for water at tankers following the incident

"We would like to thank all our customers affected for their patience," said Bristol Water spokesman Jeremy Williams.

The burst water main had forced 18 schools to close on Friday.