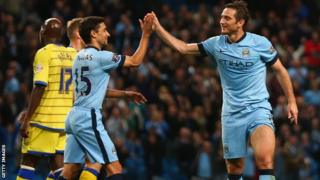 Manchester City produced a ruthless second-half display to start their Capital One Cup defence with a stunning win over Sheffield Wednesday.

Frank Lampard tucked in James Milner's cross soon after the restart before Edin Dzeko swept in a pass from Jesus Navas, who added a ferocious drive.

Yaya Toure converted a penalty after Lampard was tripped by Kamil Zayatte.

He was sent off as Dzeko's header, Jose Angel Pozo's debut goal and another Lampard strike sank the Owls' 10 men.

Few would have predicted a seven-goal scoreline at the break after Championship side Wednesday held their own in a tight first half.

Premier League champions City put on a sluggish first-half display, but were a completely different proposition after the break as they swept aside the unfortunate visitors to set up a last-16 tie against Newcastle.

Once ex-England midfielder Lampard converted at the near post, City's hopes of a morale-boosting win never looked in doubt.

He added: "Maybe he's now 36 years old and he can't play three games in a row but he's a top player." 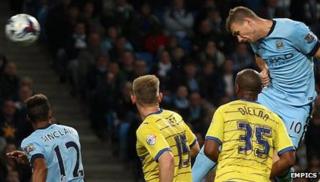 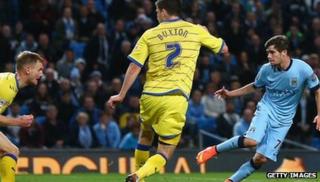 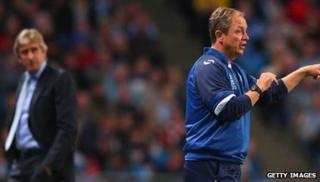