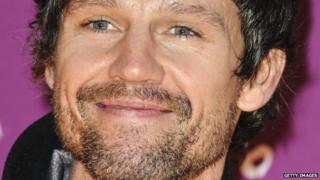 Jason Orange has announced he's left Take That and will not be recording a new album with the band.

He said there had been "no fallings out" and had "spent some of the best years" of his life with them.

However, he did not want to commit to making and promoting a new record.

The original band formed in 1990, split up in 1996 and four of the five members reformed for a successful comeback in 2005. The fifth founder member, Robbie Williams, rejoined briefly in 2010. 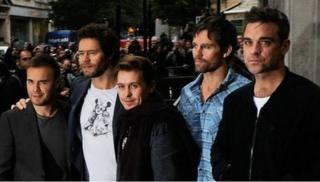 The band were rejoined by Robbie Williams in 2010.

His statement read: "I want to start by saying how proud I am of what we have achieved together over the years.

"However, at a band meeting last week I confirmed to Mark, Gary and Howard that I do not wish to commit to recording and promoting a new album."

He's also thanked his fans, calling them "beautiful and ever-loyal". 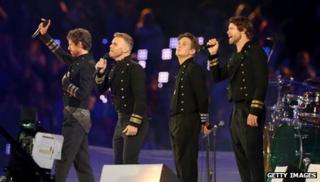 Getty Images
Take That performed at the 2012 Olympics Closing Ceremony.

A joint statement from the remaining band-mates said: "We first became aware of Jason's reservations a couple of years ago but had hoped that by giving him the desired time and space he may begin to feel differently.

"This has not been the case and we now have to accept and fully respect his decision which we know hasn't been an easy one."

After they got back together, the band were briefly rejoined by Robbie Williams for the 2010 album Progress.

Jason said: "I know how much Mark, Gary and Howard enjoy writing and making music.

"They know that they have my full support and encouragement to continue on with what is to be another chapter for the band."