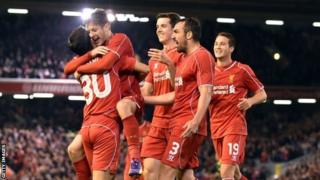 Liverpool won a record-equalling penalty shootout 14-13 to progress to the fourth round of the Capital One Cup at Middlesbrough's expense.

After the match ended 2-2, it took 30 penalties before Boro winger Albert Adomah missed to send the Reds through.

Liverpool had taken the lead through Jordan Rossiter but Boro equalised when Adam Reach headed in.

In extra-time, Suso drilled home for the Reds but Patrick Bamford's last-minute penalty forced a shootout.

Then came the real drama as the joint highest-scoring spot-kick contest in English professional football unfolded in front of a barely believing crowd.

Simon Mignolet saved Boro's first penalty from Bamford only for Raheem Sterling to miss Liverpool's fifth and send the shootout to sudden death. 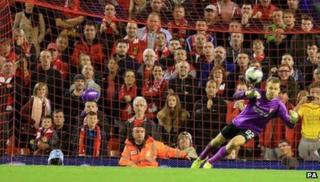 PA
Adomah's miss brought a 19-minute shootout to an end

Amazingly, the next 20 penalties were all scored as player after player from each side - including both goalkeepers - handled the pressure with confidence, with several scoring twice.

But when Adomah pushed his kick wide, Liverpool could finally celebrate victory. 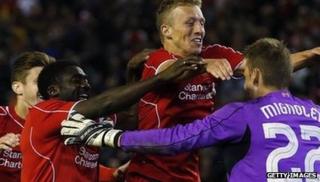 The 14-13 scoreline matched the outcome of a Football League Trophy shootout between Dagenham & Redbridge and Leyton Orient in August 2011.

The result will relieve Liverpool boss Brendan Rodgers, whose side have lost three of their first five league matches and face Everton in the Merseyside derby on Saturday. 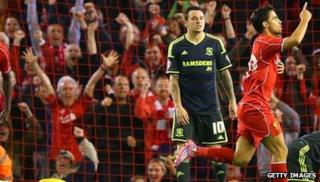 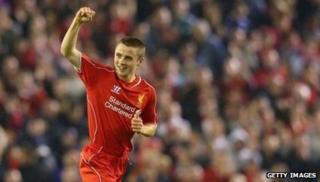 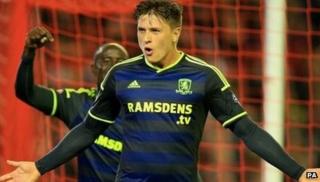