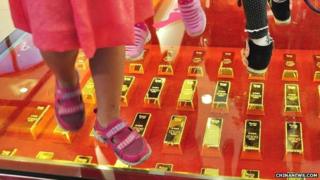 The streets have been paved with gold at a shopping centre in China where a walkway has been built using real 24-carat bars.

The walkway at the indoor centre is made from 606 shiny golden bars, protected by a thick layer of glass which allows people to walk over them.

They're worth an incredible £20 million in total, and weigh around 1kg (2.2lb) each. 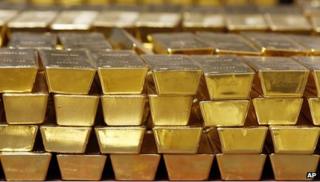 The golden path has been constructed to celebrate the shopping centre's 18th anniversary and "Golden Week", a national holiday in China.

Shoppers have been eager to use the walkway, as it's apparently believed in China that walking on gold brings luck.