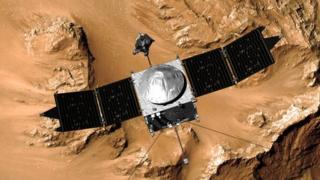 The US space agency's (Nasa) latest Mars satellite has arrived in orbit above the planet.

It's been whizzing through space for the past 10 months, but slammed on the brakes by firing its thrusters.

The 33-minute burn removed enough speed to allow the satellite to be captured by Mars' gravity.

Maven has been sent to study the Red Planet's high atmosphere, to try to find out why most of its air has disappeared.

Today, the air pressure on Mars is so low that any water at the surface would boil away very quickly.

Maven's data will allow scientists to better understand current and past climate conditions on Mars.

"Previous spacecraft have made measurements and we've learned a lot about the upper-atmosphere, but we haven't been able to put the whole end-to-end picture together," said principal investigator Bruce Jakosky.

"I'm hoping Maven will be a mission of discovery, that almost everything we observe will lead us to fundamental new insights about the Mars environment today and how it has evolved over time," the University of Colorado, Boulder, researcher added.

Some of Maven's instruments will concentrate on the Sun's influence, looking at how much energy it puts into the planet and its atmosphere.

Others instruments will investigate the structure and behaviour of the atmosphere itself, and this will involve some "deep dip" manoeuvres that take Maven closer to Mars' surface so it can sample air molecules.

Scientists will use this information to get some insights into the history of the Martian climate - from the time billions of years ago when it was warmer and wetter, and possibly habitable to life. 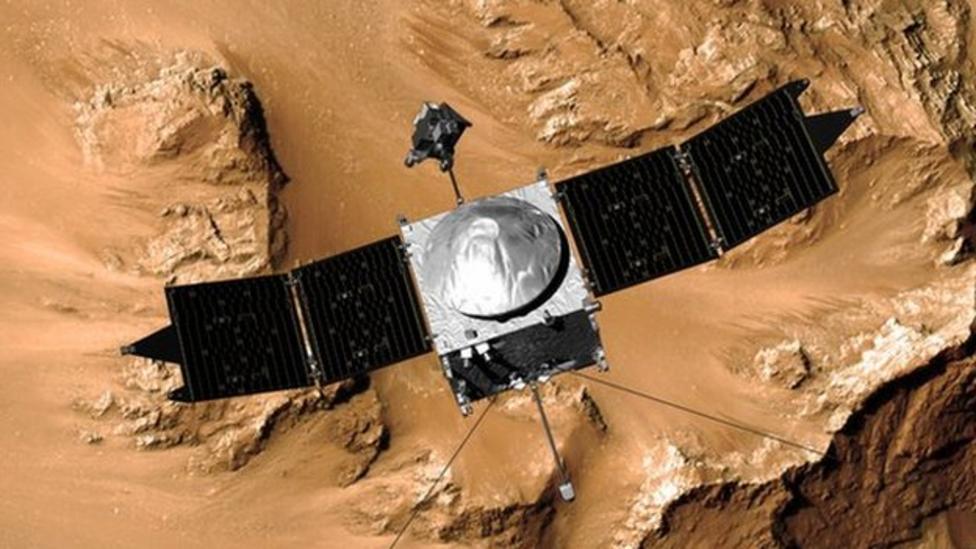