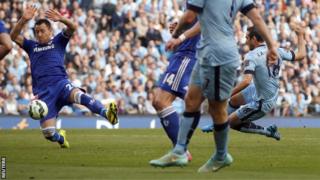 Reuters
Frank Lampard scored his first Premier League goal against Chelsea, in his 11th match against them

Lampard, who spent 13 years with the Blues, came off the bench to sweep home from James Milner's ball late on and rescue a point for 10-man City. 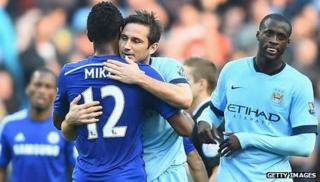 City will feel they deserved a point after battling back into contention following the second-half sending off of defender Pablo Zabaleta following a tussle with Chelsea striker Diego Costa.

The former England international refused to celebrate his goal and looked to be on the verge of tears at the final whistle as he received a standing ovation from Chelsea's fans, who set aside their disappointment to acclaim the player who served them so wonderfully.

Jose Mourinho's side remain three points clear at the top of the table despite losing their 100% Premier League record - although there will be disappointment at conceding two points so late on against a City side down to 10 men. 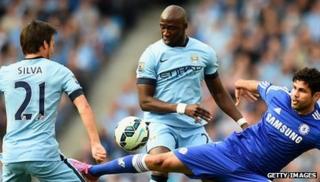 Getty Images
Defender Eliaquim Mangala, centre, made his first Premier League start for Manchester City since joining in the summer 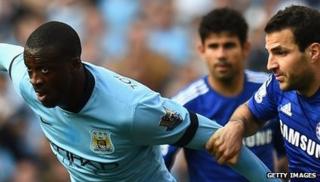 Getty Images
Manchester City had seven attempts on goal in the first half but only one on target, a Yaya Toure header 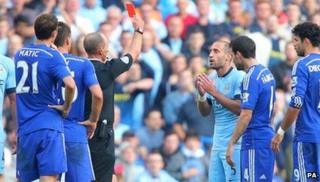 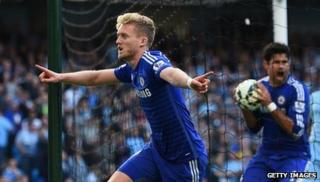