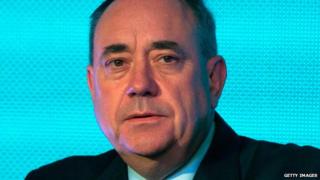 Alex Salmond is to step down as first minister of Scotland in November after voters rejected independence.

Mr Salmond said: "For me as leader my time is nearly over but for Scotland the campaign continues and the dream shall never die." 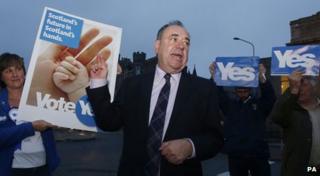 Speaking from Bute House in Edinburgh, the first minister's official residence, he told journalists: "I am immensely proud of the campaign that Yes Scotland fought and particularly of the 1.6m voters who rallied to that cause."