Comments: What are your thoughts on the Scotland result? 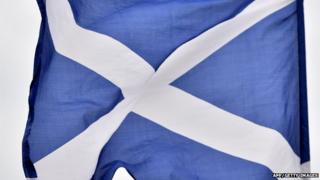 After weeks of campaigning across the country, Scottish voters made their decision yesterday by answering yes or no to the question: "Should Scotland be an independent country?"

Scotland has been part of the UK for more than 300 years, so the referendum was a huge moment for the country.

Scotland has voted to stay in the United Kingdom.

We want to know your thoughts on this decision.

What are your thoughts on the Scottish referendum result?

I did want independence because the people that live in Scotland should be in-charge and we need more oil.

I am happy because if they weren't still part of the UK most things would change.

Scotland will be much better off working together with her sister country, rather than standing alone. Two is better than one.

I simply think it's great!

I think this is what is best for Scotland at the moment because they did it fairly. They asked 97% of the Scottish population what they actually wanted. So if that is what they wanted then I guess that is the best.

I'm pretty annoyed since the country didn't vote for independence. I would like to see Scotland be an independent country.

I like Scotland and I didn't want it to be independent so I'm happy.

I was so exited to see the news! I thought Scotland was going to be independent but it is not. Its good to be back to normal.

Yes, I think the UK should stay together but I don't think there should be further devolution.

Personally, I'm very pleased with the result of the referendum. Great!

I am very upset with this decision because I always wanted to be free on our own.

I'm glad Scotland are still part of the UK, I would have voted 'no'.