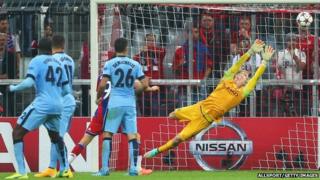 The German side controlled the majority of the match and Manchester City goalkeeper, Joe Hart, was put to the test. 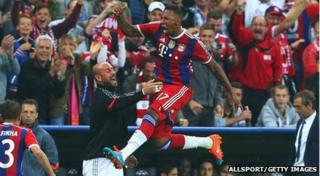 Hart remains confident despite the loss, "Last year we had a poor start against Bayern but we won the rest of our games and qualified - we're confident we can do it again this time."

In another Champions League match, Chelsea drew 1-1 against FC Schalke of Germany. 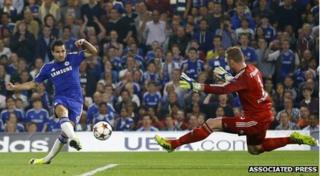 Loic Remy had a shot cleared off the line as Schalke held on for a point.

Elsewhere, Barcelona won 1-0 against Apoel Nicosia at the Nou Camp.

Champions League: Liverpool and Arsenal to kick off campaign