Scottish independence: Final day of campaigning ahead of vote 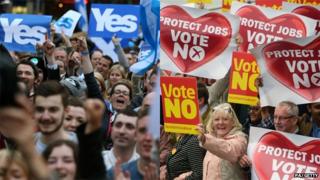 There are less than 24 hours to go until people in Scotland will be asked to decide the future of their country.

Tomorrow they'll be asked to vote yes or no to one question - should Scotland be an independent country?

It's expected to be really close. Both sides are spending their final day of campaigning trying to win over people who still haven't made up their minds.

It's a vote that could change history. Scotland's been part of the UK for more than 300 years. 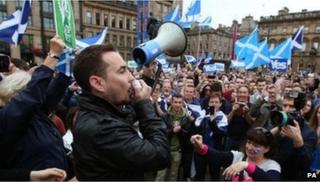 Scotland's First Minister Alex Salmond has written to voters appealing to them to vote "Yes", saying "let's do this".

Mr Salmond said: "The talking is nearly done. The campaigns will have had their say. What's left is just us - the people who live and work here. The only people with a vote. The people who matter. 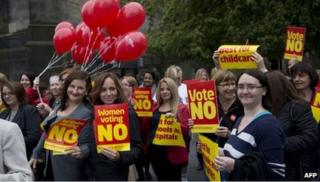 Mr Darling told the BBC that he thought there would be a "No" vote but even if there isn't he would play his part in doing "the best I possibly can" for Scotland.

Polling stations will open tomorrow morning and the result of the historic vote should become clear on Friday.