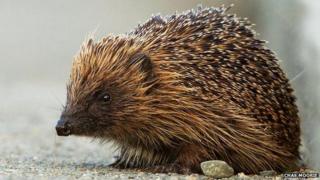 Hedgehog populations in the UK are believed to be in decline, a study using ink to trace their paw prints has revealed.

Experts and volunteers set up tunnels lined with sausages and hedgehogs had to walk over the ink to reach the food, leaving their prints on paper.

But the little nocturnal mammals were only found at 39% of sites studied.

It's the first time that researchers have been able to see where hedgehogs live with almost complete accuracy. 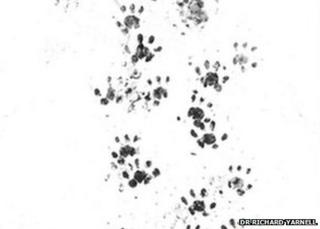 The research, which was carried out by scientists from Nottingham Trent University, the University of Reading and The Mammal Society, is published in the journal Mammal Review.

The finding that hedgehogs were only present in 39% of locations visited was lower than thought.

He added: "What's certainly clear now and after using this methodology is that the populations... seem to be quite local but not widely distributed across the countryside as we once suspected.

"And in the wider rural landscape they do generally seem to be absent."

In the past, monitoring the little creatures precisely has proved difficult but the team think using ink to trace them is 95% accurate.

They hope studying hedgehogs in this way could reveal more about their decline, and lead to more effective conservation of the prickly creatures.