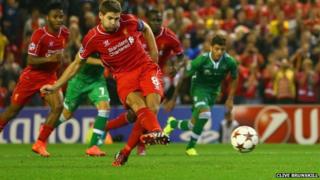 Steven Gerrard's penalty made sure Liverpool marked their return to Champions League football with a victory over Ludogorets Razgrad.

The Reds took the lead in the 82nd minute when Mario Balotelli poked home his first goal for the club.

But Liverpool were awarded a penalty late in stoppage time, which captain Gerrard coolly slotted into the goal. 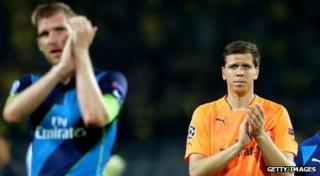 Elsewhere, Arsenal's Champions League Group D campaign got off to a poor start as German side Borussia Dortmund scored either side of half-time to secure a deserved victory.

Ciro Immobile opened the scoring for Dortmund with Pierre-Emerick Aubameyang doubling their lead after the break.