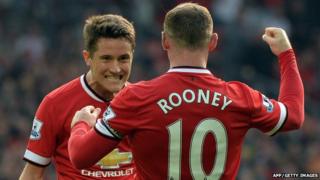 Manchester United won for the first time this season as their new-look side tore apart a poor QPR at Old Trafford.

Louis Van Gaal's side won 4-0 at Old Trafford to give the manager his first win since taking over in the summer.

Record signing Angel Di Maria was particularly impressive and settled any early United nerves when his free-kick into the box crept into the far corner. 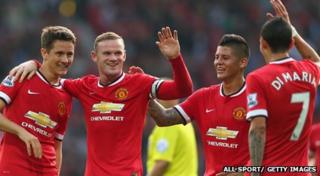 Ander Herrera drilled in soon after and Wayne Rooney's sharp finish all but ended the contest before the break.

Juan Mata steered in Di Maria's shot and loanee Radamel Falcao had a gentle debut as a 67th-minute substitute. 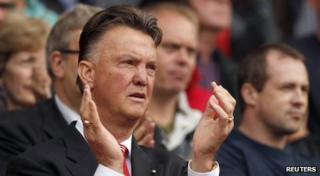 Van Gaal, who won titles in his first seasons in charge of both Barcelona and Bayern Munich, says he is happy with his side's "special win".

He said: "I want to win the Premier League title."

"If it is not this year, then the second or third year. I want to give a championship to the fans." 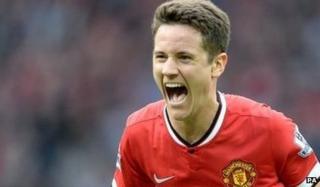 PA
He marked his return from injury with his first United goal, a precise effort from the edge of the box. Neat and tidy in possession and too cute for QPR to leave the midfield gaps they did.
Daley Blind - 7 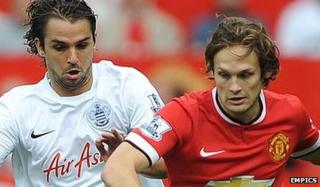 Empics
Blind's going to be put under more pressure than he experienced here but showed game intelligence sat in front of United's back four, helping to snuff out a number of threats before they became too dangerous.
Marcos Rojo - 7 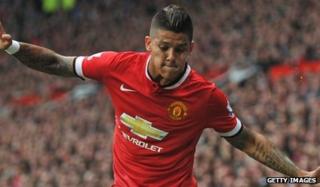 Getty Images
Rojo played at left-back in a revised four-man defence and enjoyed a largely untroubled afternoon. Didn't show any great desire to get forward but content to stick to his job.
Angel Di Maria - 8 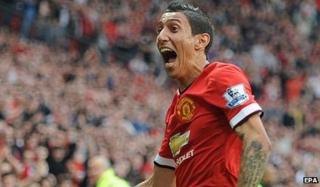 EPA
Louis van Gaal said the Argentine scored one and claimed three assists on his home debut, which is stretching his contribution somewhat. Nevertheless, an overwhelmingly positive display, not least because of the manner in which the home fans responded to him.
Radamel Falcao - 7 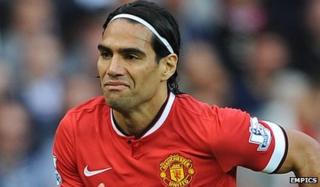 Empics
Falcao had the Colombian snaffled one of the chances that came his way late on, it would have been the perfect day for Van Gaal. His movement and pace appear exceptional. Clearly much more to come.