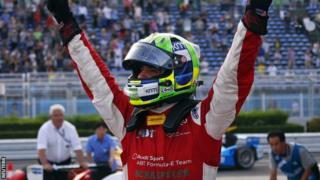 Formula E made its debut in Beijing with a spectacular crash at the last corner, which cost long-time leader Nicolas Prost the race.

With Prost complaining that "my victory was stolen", his fellow Frenchman Frank Montagny was runner-up for the Andretti team, while Britain's Sam Bird finished third for Virgin Racing. 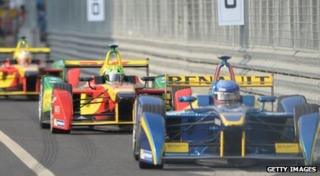 The electric cars can reach top speeds of about 140 miles per hour.

The one-hour races see the drivers have to change cars halfway through, as a battery has not yet been developed to provide enough power for a full race.