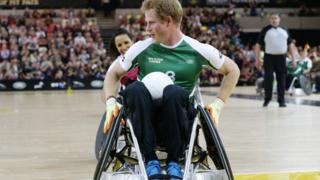 Prince Harry might have come up with the idea for the Invictus Games - but he's not afraid to have a go too.

A sell-out crowd of more than 6,000 were left cheering in delight as he, and a a star-studded cast, took part in a special game of wheelchair rugby.

It was the highlight of the second day of the games, which are for wounded and injured ex-servicemen and women.

Former Olympic runner, Dame Kelly Holmes, was one of those who joined in with Harry, and she said it was a "great experience". 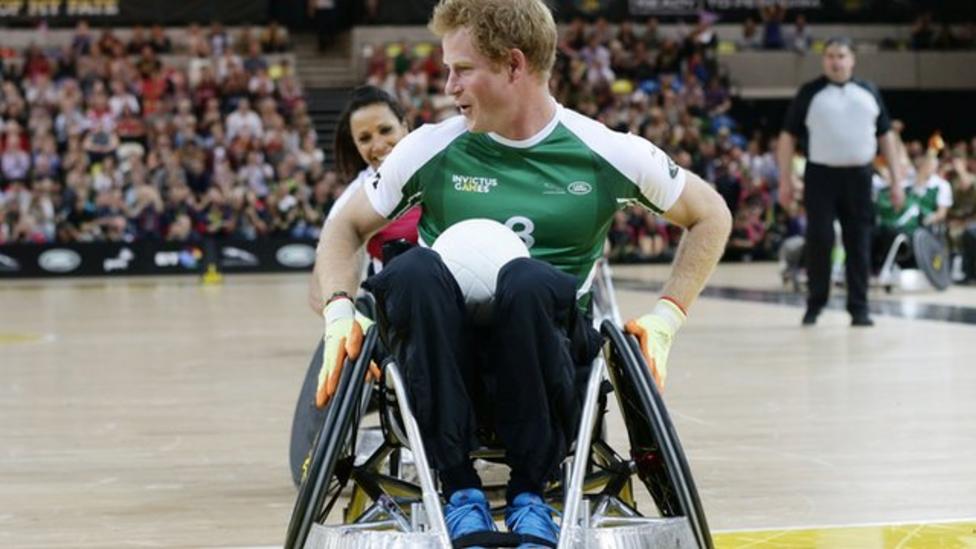