Over 150 dogs have been rescued from a blaze that swept through Manchester Dogs' Home on Thursday evening.

Donations have poured in from well-wishers and more than £500,000 has already been raised to help.

A 15-year-old boy was arrested on suspicion of arson, which means deliberately setting fire to buildings or other property, with the intent to cause damage, but was later released. 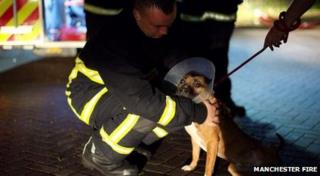 Manchester Fire
More than 150 dogs were rescued from the fire 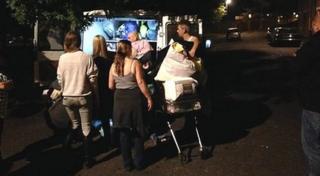 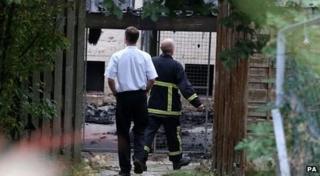 Firefighters said the rescued dogs have been moved to a nearby site, Cheshire Dogs' Home.

A statement from the home said: "The staff and trustees of Cheshire Dogs' Home near Warrington would like to express their enormous gratitude for the huge support received from the public following the devastating fire at its sister site Manchester Dogs' Home last night."

The Manchester home was established in 1893 and cares for more than 7,000 dogs every year.