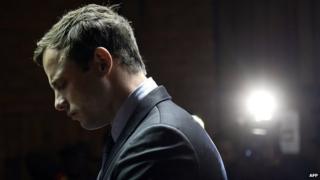 The judge in the trial of Oscar Pistorius has decided the South African para-athlete didn't plan to kill his girlfriend.

But the full verdict of the trial is expected later today.

The sports star was charged with the murder of Reeva Steenkamp, on 14 February last year.

But he's still accused of accidentally causing her death. The judge will say on Friday whether she thinks Pistorius killed Reeva by mistake.

This is known in South Africa as culpable homicide. If he is found guilty of that, he could still face a long time in prison.

He is also facing separate charges of firing a gun in public, and having illegal ammunition for a gun - and if found guilty of those offences he could spend many years in jail. 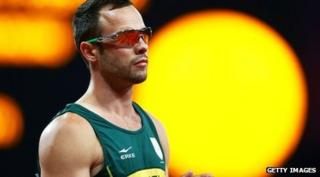 Getty Images
The athlete was a national hero in South Africa

Pistorius became a global megastar at London 2012. He was the first double-amputee to compete alongside able-bodied athletes at an Olympic games.

Throughout his trial Pistorius has insisted he's innocent.

He says he thought Reeva was someone else who'd broken into his house - and he did not mean to kill anyone.

Over the past six months, the case has been watched by millions of people all over the world.