New One Direction album 'Four' to be released in November 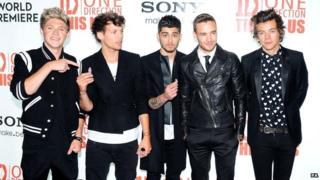 One Direction have announced their new album will be released in November.

'Four' is the follow up to the boys' best selling record 'Midnight Memories', which came out in 2013.

It will feature a track called 'Fireproof', which is co-written by Louis, Liam and the team behind previous single 'Story Of My Life'.

On Monday Niall, Liam, Louis, Zayn and Harry put a video on their website telling fans they could download the song for free as a thank you.

One Direction's world tour comes to the UK