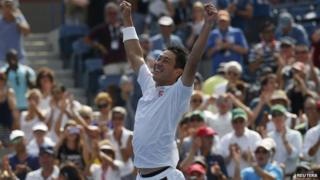 There were two shock defeats at the US Open semi-finals in New York yesterday.

He is the first Japanese tennis player to reach a Grand Slam singles final. 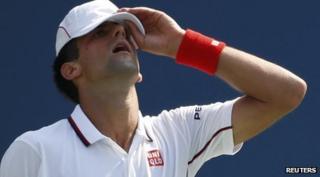 Reuters
It was a very hot day in New York

Kei said, "It's just an amazing feeling, beating the number one player."

Conditions were difficult for the players as temperatures reached 36 degrees Celsius. 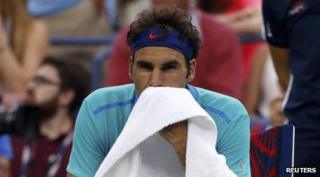 It will be the first time in almost ten years that the final will not feature Roger Federer, Rafael Nadal or Novak Djokovic.