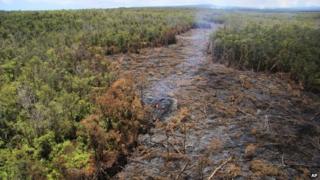 A state of emergency has been declared on Hawaii's Big Island, where a volcano is pouring lava towards where people are living.

Lava flow from the Kilauea volcano is now less than a mile from a group of homes.

The Hawaiian Volcano Observatory said the lava could reach people's homes in less than a week.

The lava is travelling at a rate of nearly 250 metres per day, but so far no-one has been hurt. 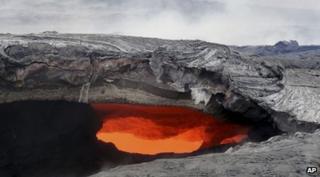 The volcano has been erupting for 31 years but in June this year a new vent opened up causing more lava to flow.

Officials are restricting travel on certain roads in case locals need to leave their homes.