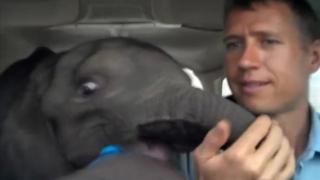 A orphaned baby elephant took an unusual trip when it was rescued in central Africa.

Its family had been killed by poachers and it had been left all alone, tied to a tree.

The lonely animal was rescued by and American nurse Gary Roberts in March 2013.

It was loaded into a small aeroplane to take it to safety.

Hear the pilot talk about the unusual flight. 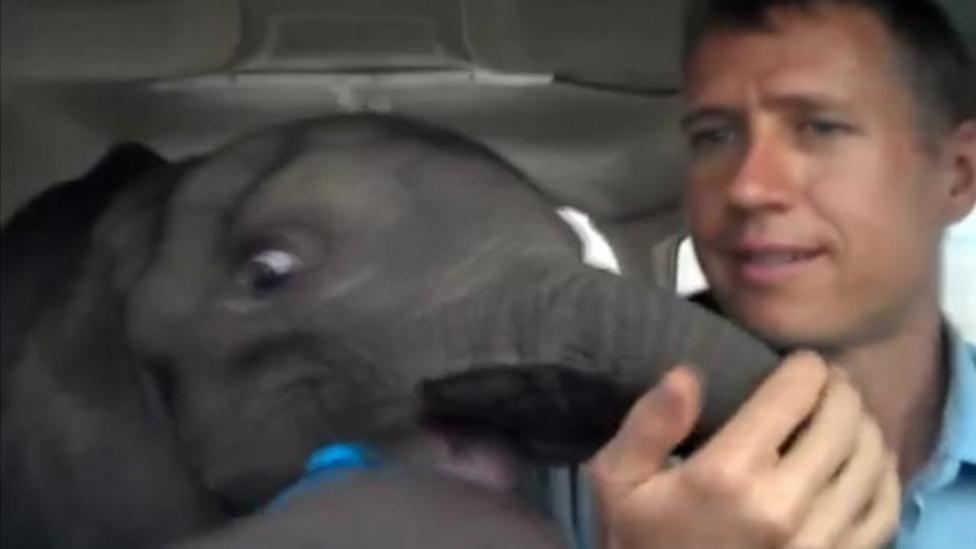