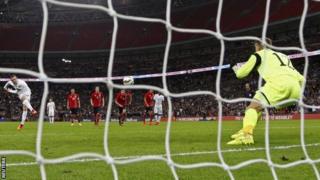 Reuters
Rooney scores from the penalty spot for England

But only 40,181 turned out at Wembley for England's first game since they were eliminated after two group-stage World Cup defeats.

Rooney's penalty at least enabled manager Roy Hodgson to enjoy the taste of victory after a winless summer.

The game was designed as preparation for Monday's testing Euro 2016 qualifier against Switzerland in Basel. 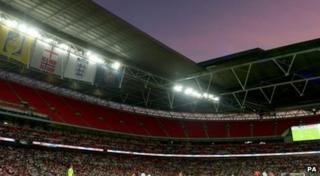 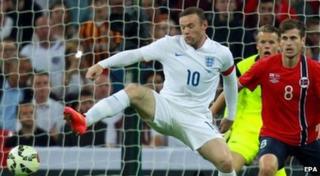 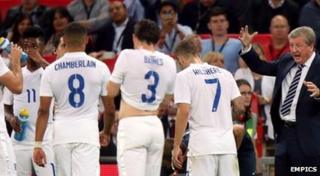 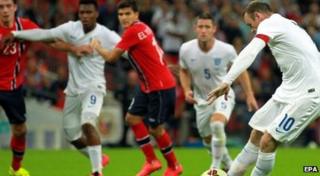 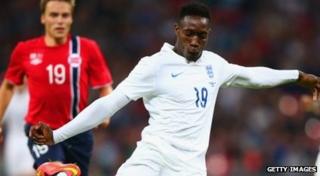