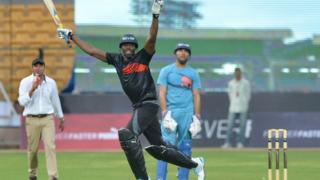 Bolt shows off on the cricket pitch

The fastest man in the world has been showing off his sporting ability, by trying his hand at another sport.

Usain Bolt went head to head with some of India's cricket stars in an exhibition match.

The track superstar used to play the game when he was growing up in Jamaica, but his dad convinced him to take up track and field instead.

Is there anything this man can't do? 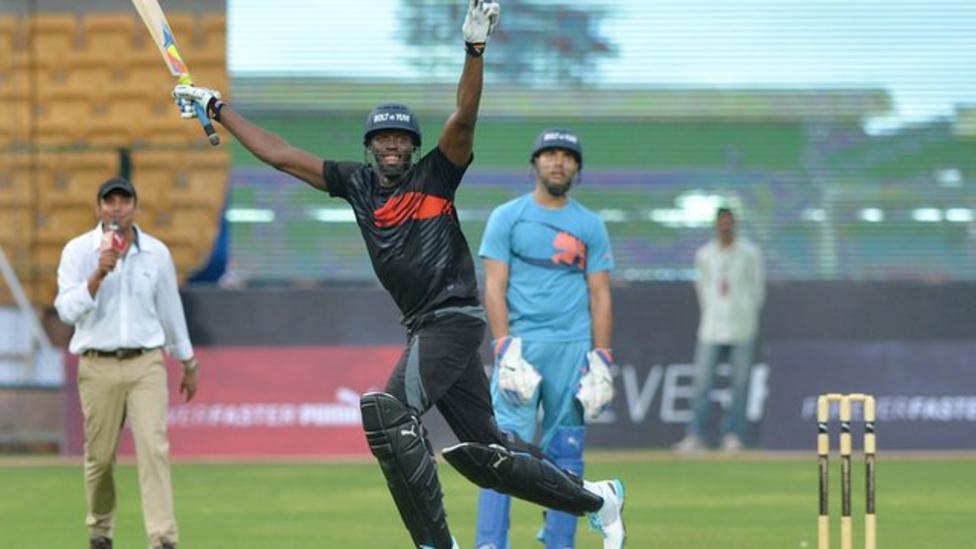 Bolt shows off on the cricket pitch