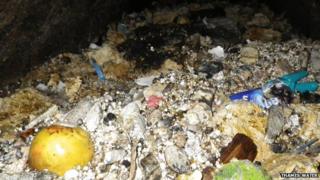 Thames Water
Congealed fat, food and rubbish built up in the sewer

This massive blockage, called a 'fatberg', was as long as a passenger plane and took workmen four days to clear.

They had to blast it with high pressure hoses to break it up.

If left there, it could have flooded homes and businesses with tonnes of sewage. 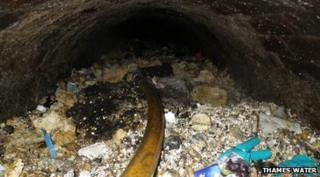 Thames Water, who look after London's underground pipes, say they find all sorts of trash, from tennis balls to planks of wood, in their 62,000 miles of sewers. They want people to be more considerate in future.

West London's had 68 blockages like this in the past five years. 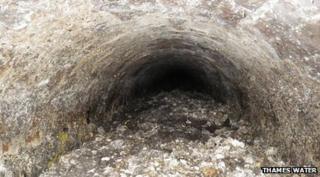