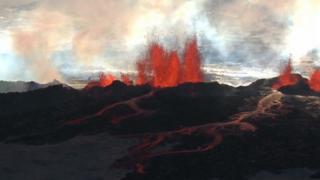 The eruption began early on Sunday and it continued into Monday.

Over the weekend, lava fountains more than 50m high prompted the Met Office in Iceland to raise its ash warning for air travel to red, the highest level.

Later, it reduced the alert down to orange, saying the eruption was not creating ash clouds. 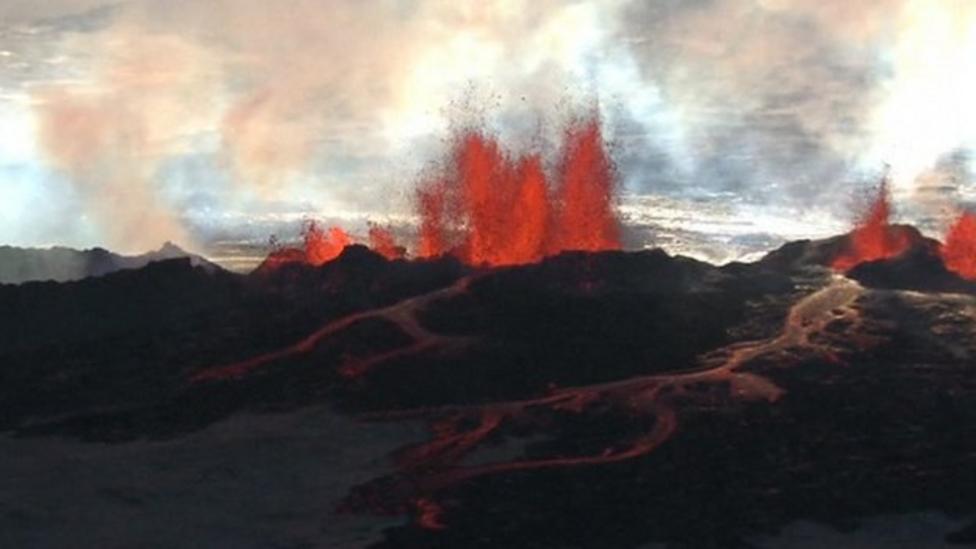