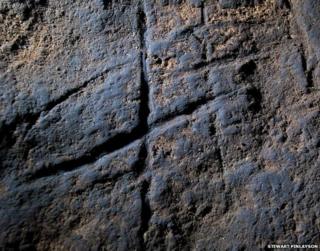 An engraving dating back as much as forty five thousand years has been found in a cave in Gibraltar.

The pattern, which resembles the grid for a game of noughts and crosses, was inscribed on a rock.

Scientists say it could be the most compelling evidence yet for Neanderthal art,

They also argue that the 'artwork' shows that Neanderthals were more creative and intelligent than had previously been thought. 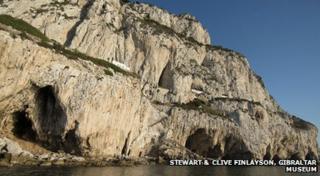 It's not known what the engraving illustrates but researchers think that it may be a map, or a warning to others that the cave was already being used.

Scientists found the engraving in Gorham's cave in Gibraltar, which is a country on the southern tip of Europe.