Transfer Deadline Day: Who did YOUR football club buy? 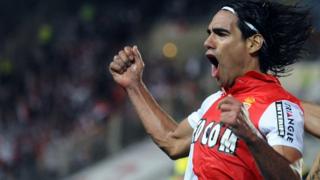 Getty Images
Can this loan star save Man Utd's season?

Yesterday was the busiest day of the year for football clubs up and down the country. It was transfer deadline day.

Football clubs are only allowed to buy and sell players during two periods of time every season. These are called transfer windows.

There is a winter and a summer window. The summer transfer window ended at 11pm last night, meaning that no players can be bought or sold after that time.

So if the player hasn't signed, then it's just too bad! 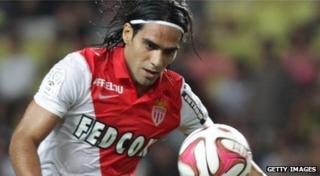 Getty Images
Radamel heads to the red half of Manchester

Radamel Falcao - Man Utd have agreed a loan deal with Monaco for the Colombian striker. He will stay at Old Trafford for the year and the English club have the option to buy him at the end of the season.

Javier Hernandez - Real Madrid have confirmed the signing of the Manchester United striker, also known as Chicharito, on a season-long loan with the option to buy. 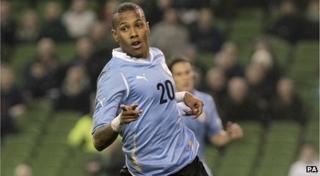 PA
Ready and Abel for the Premier League

Abel Hernandez - Hull City have completed the club record signing of the Uruguay striker from Serie A side Palermo in Italy. Hernandez played at this summer's World Cup in Brazil, and has signed a three-year deal with a club option of a fourth year. Hull were the busiest club on deadline day signing another three players - Premier League trio Hatem Ben Arfa, Gaston Ramirez and Mo Diame. 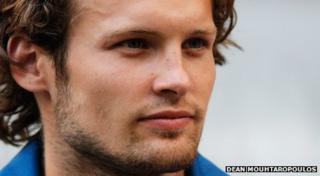 Daley Blind - Manchester United signed the versatile Netherlands international from Ajax for £13.8m. The 24 year old, who agreed a four year deal, was in United coach Louis van Gaal's World Cup squad and can play at left-back and as a defensive midfielder. 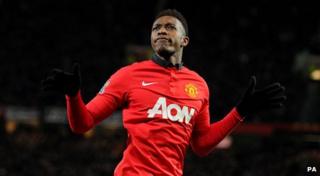 PA
Welbeck will be hoping to fire for the Gunners

Danny Welbeck - Arsenal have signed the Manchester United forward for £16m. Danny, who scored 29 goals in 142 United appearances, was told he could leave given the arrival of Radamel Falcao on loan from Monaco. 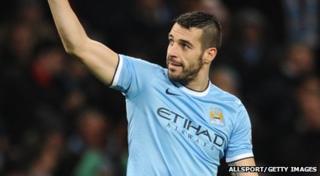 Alvaro Negredo - The Manchester City striker has joined Valencia on a season-long loan deal. The Spanish club will have to buy the player on a permanent deal at the end of the season. Negredo joined City last summer from Sevilla and scored 23 goals in his debut season to help the club win the Premier League title. 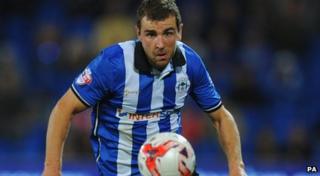 PA
Can James soar like an eagle in the Premier League?

James McArthur - Crystal Palace have broken their transfer record by spending £7m to make the 26-year-old Wigan midfielder. He was one of three deadline-day signings for Palace, who also signed Wolves striker Kevin Doyle and Spurs defender Zeki Fryers. 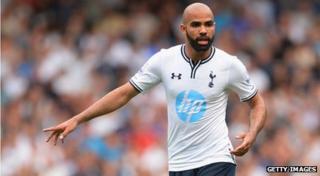 Sandro - QPR made some late moves to bring in Brazilian midfielder Sandro from Spurs for £6m and Niko Kranjcar on a loan from Dynamo Kiev. 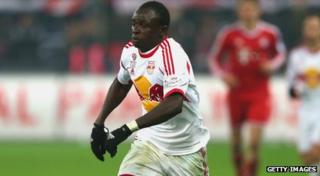 Sadio Mane - The Senegal forward signed for Southampton from Red Bull Salzburg for a cool £10m. He follows Belgian defender Toby Alderweireld into the club, who has joined on a loan deal from Atletico Madrid. 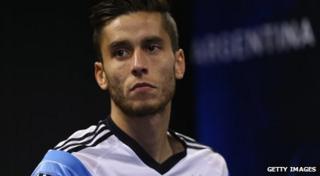 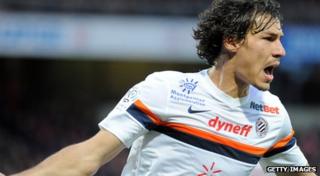 Getty Images
Benjamin is coming in!

Benjamin Stambouli - Tottenham have signed the defensive midfielder from Montpellier for an undisclosed fee. Lewis Holtby has left the club, heading to Hamburg on a year-long loan. 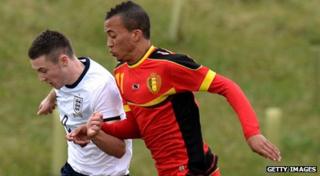 Getty Images
A season to impress

David Henen - The Belgian wonderkid made a last minute move from Olympiakos to Everton on a season-long loan deal.

Who do we expect to move?

The beauty of deadline day is that absolutely anything can happen, so trying to guess who will sign for who can be almost impossible. It makes it very exciting indeed.

BBC Sport's Conor McNamara dropped by the Newsround studio to talk to Ayshah about what he thinks may happen.

Over the years there have been many successful, and not so successful, players that have moved on transfer deadline day. Here are just a few of them:

Wayne Rooney - Moved from Everton to Manchester United for £20 million on deadline day in August 2004. He's now captain of both club and country.

Fernando Torres - Following a high scoring career at Liverpool, Torres made a British record-breaking move to Chelsea for over £50 million in 2011. Unfortunately for Chelsea fans he never really lived up to his huge price tag. He moved to Italian giants AC Milan on 2-year loan this summer. 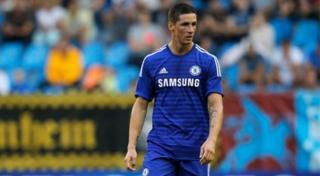 Ashley Cole - In one of the most controversial transfers in British history, Cole made the move across London from Arsenal to rivals Chelsea in 2006 for a measly £5 million. In the following eight years Cole and Chelsea won the league, four FA Cups, a League Cup, the Europa League and the Champions League. Arsenal won nothing.

Andy Carroll - On the same day as Liverpool sold Fernando Torres, they forked out a massive £35 million on Newcastle Utd forward Carroll. The huge transfer fee surprised many people but few were surprised when he was loaned out to West Ham after just 58 games, only scoring 11 goals in his brief Liverpool career. The Hammers went on to buy him for £15 million.