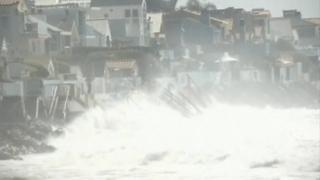 Huge waves as tall as six metres have affected homes and damaged piers in southern California in the United States.

The waves have also attracted some daring surfers.

The waves are the result of swells produced by Hurricane Marie in the Pacific Ocean.

Despite the danger, thousands of spectators lined the Wedge, a popular surf spot in Newport Beach, to watch surfboarders hit the waves. 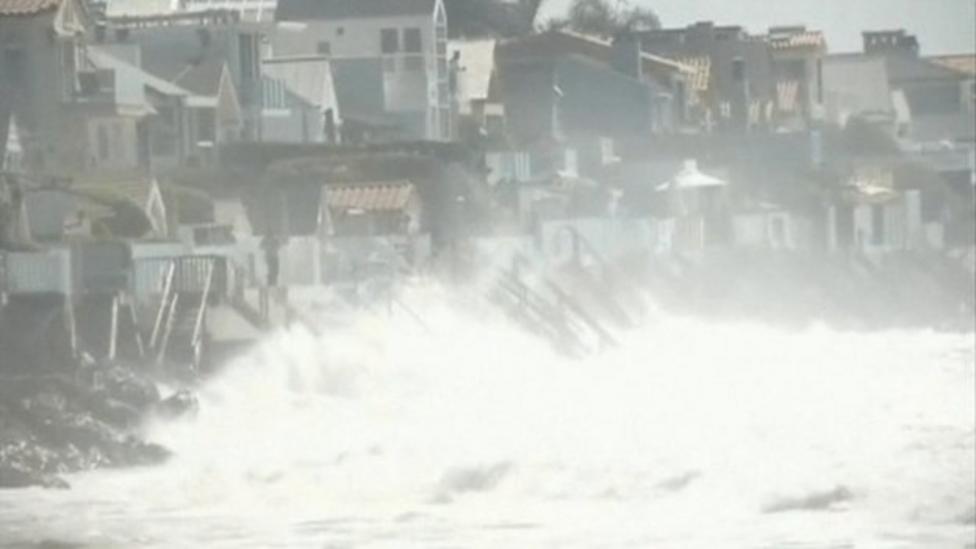