Champions League draw: Who will the English teams play? 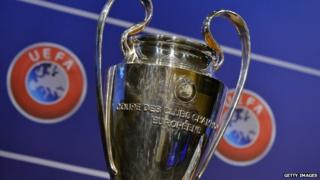 Getty Images
Who will be lifting the famous trophy this season?

The draw for the group stage of this season's Champions League has been completed.

Arsenal were the first English team drawn and will play in group D, where they will have games against Borussia Dortmund, Galatasary and Anderlecht.

In group G, Chelsea will play Schalke, Sporting Lisbon and Maribor, who eliminated Celtic in the qualifiers.

Returning to the competition for the first time in five years, Liverpool have a tough draw in group B, with fixtures against reigning champions Real Madrid, Basel and Bulgarian side Ludogorets Razgrad. 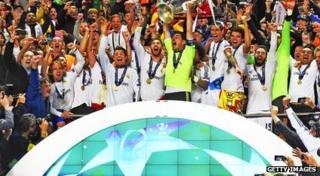 The groups in full are:

Man Utd crash out of cup after thrashing from MK Dons