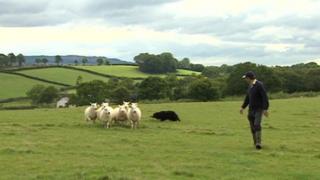 It only takes one farmer and a sheepdog to round up a flock of sheep and now a study has revealed how they do it.

Scientists put trackers on a flock of sheep and watched how they moved around in response to the sheepdog.

First the sheepdog learns how to make the sheep come together in a group. Then when the sheep are together, the dog pushes them forwards. 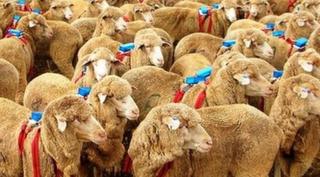 Dr Andrew King of Swansea University was involved in the study and said: "One of the things that sheep are really good at is responding to a threat by working with their neighbours. It's the selfish herd theory: put something between the threat and you. Individuals try to minimise the chance of anything happening to them, so they move towards the centre of a group."

The findings could be used to develop a 'shepherd robot' but some farmers are not convinced it would be as good as a dog.

The study's results could also be used to develop robots for controlling crowds or cleaning up an oil spill.