Neanderthals lived alongside humans for 5,000 years 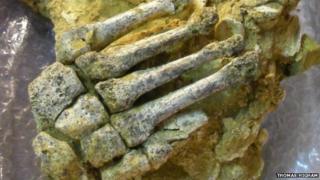 Thomas Higham
The remains of a Neanderthal foot

Humans and Neanderthals lived alongside each other in Europe ten times longer than previously thought, a new study suggests.

Who were the Neanderthals?

Researchers who've studied bones and tools belonging to Neanderthals, suggest the two species lived side by side for up to 5,000 years.

They say the two groups might have even exchanged ideas and culture.

Neanderthals are a closely related species of human that lived in Europe around 250,000 years ago. 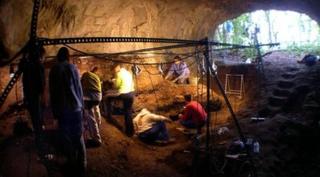 The international team of researchers collected more than 400 samples from the most important sites in Europe.

The samples were then analysed using state-of-the-art dating methods at Oxford University.

Up to now, the results provide the clearest insight into how humans and Neanderthals interacted with each other.