Three-day ceasefire in place in Gaza 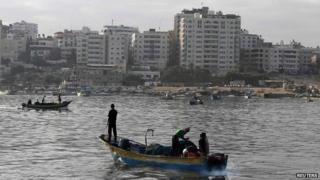 People in Gaza are starting to return to their homes after Israel and Palestinian militants agreed a three-day ceasefire, which began on Sunday.

Fighting has been going on in the area for several weeks, with around 2,000 people killed.

Now peace talks are taking place in nearby Egypt, to try to bring about a longer-term agreement.

It's hoped the three-day ceasefire will allow aid to reach thousands of people there who have been left homeless.

Guide: Find out more about the Gaza conflict

The latest violence in Gaza began on 8 July, and around 1,900 Palestinian people have been killed, according to the United Nations.

Sixty-four Israeli soldiers have been killed in the fighting and three civilians in Israel have also died.